Where is Tesla’s Competition?

Tesla is a young company. Naysayers declared Tesla dead many times over. Looking back Tesla has always proven the naysayers wrong.

Deep pocketed forces are constantly betting against TSLA stock. Considering how threatened the fossil industry is by Tesla’s very existence it stands to expect that they will do everything they can to hold Tesla back.

The competition is clearly trying to catch up. Fossil industry funded hedge funds are betting against TSLA stock.

But there is another danger ahead. Most likely there is a recession coming. Will Tesla be able to survive? Good question. To find out we are posting a second TESLA video today. Can Tesla survive a recession?

Watch the video above to gain some insights into Tesla’s competition.

Source/Credit for the video: TMIO Tesla 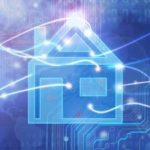 10 Solar and Storage Predictions Previous
Can Tesla Survive a Recession? Next 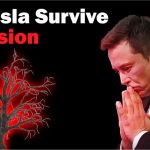 Tesla’s Freemont plant has to shut down?

Can Tesla Survive a Recession?

Where is Tesla’s Competition?